On the 15 July 2022, the rules about how you rent your home have changed as the Welsh Government brings in the Renting Homes (Wales) Act 2016.

The new rules will affect both private and social tenants, and although might seem complicated at first, they should make being a tenant in Wales more simple and straightforward. The rules should also help prevent some of the problems that tenants can currently face.

What changes are going to happen?

Once the new rules come in to force, tenants will be known as ‘contract holders’.

Most tenancies and licences, including assured shorthold, assured and secure tenancies, will be replaced with either:

The type of occupation contract given will depend on whether the property is owned by a private landlord or a council or housing association.

There will be some different occupation contracts for specific types of housing, such as supported housing, and introductory (sometimes known as ‘probationary’) contracts.

If you already have a tenancy or licence, it will automatically ‘convert’ to the relevant occupation contract on the date that the new rules come in (currently the 15 July 2022).

Some situations, including regulated Rent Act tenancies, direct access hostels or some accommodation provided under a temporary homelessness duty, will not be affected.

Landlords will be grouped into one of 2 groups:

Standard terms will be introduced which must be included in every occupation contract.

Landlords will have to issue contract holders with a written statement within 14 days of moving in, clearly setting out the rights and responsibilities of the landlord and the contract holder.

Any landlord who fails to provide a written statement in the required time, or provides an incomplete or incorrect statement, can face penalties.

The rules about how a landlord can end an occupation contract will change. Some of the main changes include:

Repairs and conditions of rented properties

All rented properties will have to be fit for human habitation. The fitness test will be based on the existing Housing, Health and Safety Rating System.

In addition, landlords will continue to have to keep the structure and exterior of the property in repair and keep installations for the supply of water, gas or electricity, for sanitation, for space heating, and hot water in repair and proper working order. These obligations will be in all occupation contracts.

A landlord will not be able to evict a contract holder just because they have complained about the condition of the property (commonly known as a ‘retaliatory eviction’). If a landlord applies to court for a possession order but it is refused on the grounds that it was a retaliatory eviction, the landlord cannot give a further ‘no fault’ notice until 6 months later.

New joint contract holders will be able to be added without having to end the current contract.

It will be easier for certain groups of people, including some carers, to take over a person’s occupation contract on their death (‘succession’).

There will be a new procedure for landlords to obtain possession of a property that has been abandoned.

If you need help or advice, then give a member of the Smart Lettings Team a call on 01656657033 or email lettings@smart-lettings.co.uk 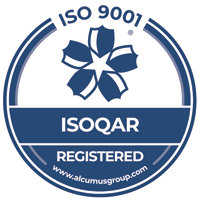